Ortega and Petix are U23 National Champions 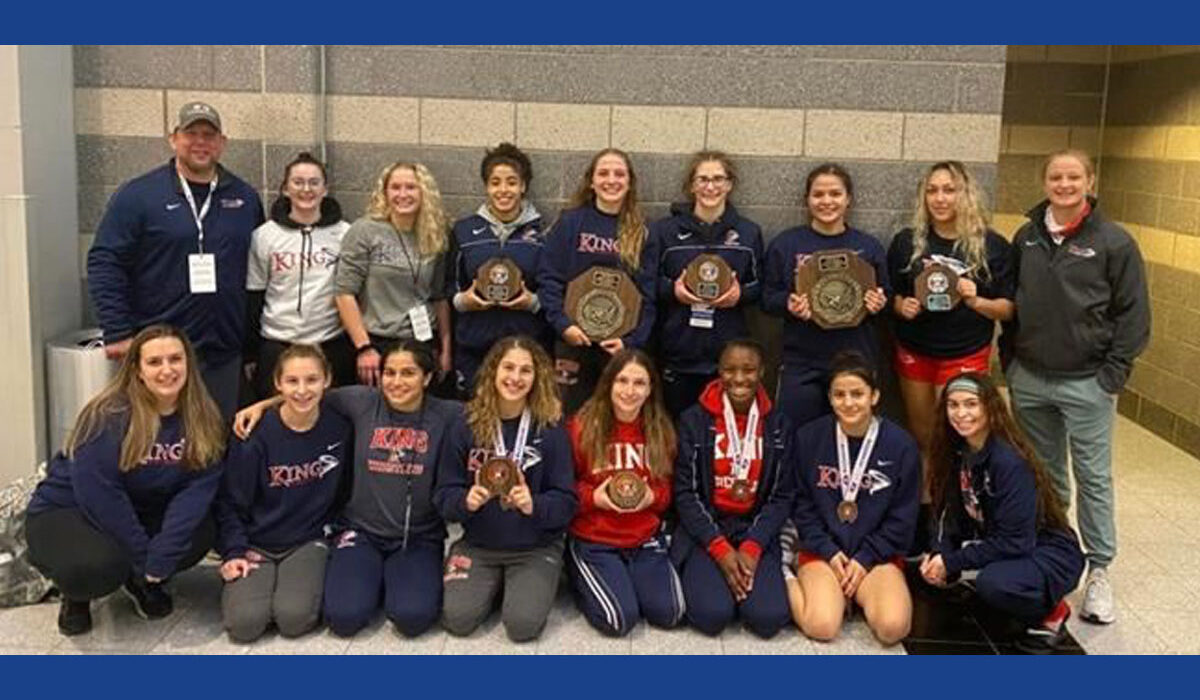 OMAHA, Neb. – The King University women’s wrestling team traveled to Nebraska this weekend to compete in the Junior and U23 National Championship. Six wrestlers represented the Tornado in the Junior Championship Friday and twelve Saturday in the U23 Championship. Twelve of the thirteen who wrested Saturday landed on the podium and five made the finals. Allison Petix and Ashlynn Ortega walked away this weekend with first place finishes and qualification for the 2021 Senior World Team Trials.

In the Junior competition, Samantha Larsen went 1-2 Friday at the 50kgs with a 10-2 win over Warrior Wrestling Club.

At 53kgs, Sophia Mirabella made a statement Friday. After a tough first round loss she wrestles all the way back with four consecutive victories to take sixth. She finished 5-3 on the day.

Also at 53kgs, Melanie Mendoza picks up three wins to find the podium at seventh place. Among these wins was a 10-0 technical fall in her favor.

Phoenix Dubose had a strong showing in the 59kg weight class where she would also finish the day 3-2 with a fifth place finish. Two of the three wins were perfect 10-0 tech falls

At 65kgs, Viktorya Torres led the way with a fourth place finish, going 2-2. Both of her victories were 10-0 tech falls

In the U23 competition, Aleeah Gould had a strong showing at 50kgs where she finished 3rd and won five matches. She was not scored on a single time until her fifth match.

Jaclyn McNichols also found the podium this weekend at 50kgs by going 4-2 and taking 7th.

At 53kgs, Cheyenne Sisenstein steam rolled to the finals but came up just short. She finished the day 3-1 as she lost a close decision in her last match.

At 55kgs, Allison Petix had a stellar day by taking first and qualifying for the 2021 Senior World Team Trials. She only allowed 2 points scored en route to her finals match and finished the day 4-0.

Also at 55kgs, the Tornado filled the podium with Mirabella, Mendoza and Welch, each taking 3rd, 5th and 7th, respectively.

At 62kgs, Ana Luciano began the day very strong as she demolished two opponents with 10-0 technical fall victories. Unfortunately the finals got the best of her and she finishes second.

At 65kgs Ashlynn Ortega and Viktorya Torres found themselves head to head in their finals match. Ortega would win this one and became the second Tornado to qualify for next year’s Senior World Team Trials. Throughout the entire tournament Ortega was not scored on a single time