Comeback bid falls short for No. 2 Railsplitters at Lenoir-Rhyne 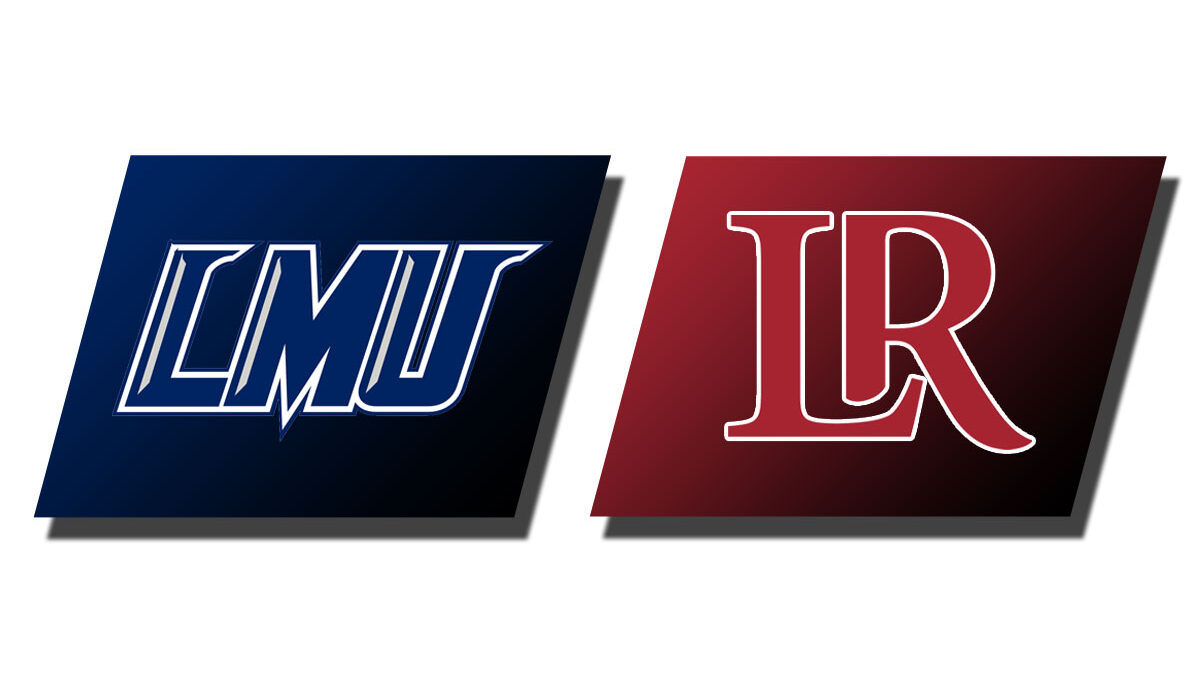 HICKORY, N.C. – The longest winning streak among all levels of college basketball came to an end Saturday afternoon in Hickory, North Carolina, as Lincoln Memorial University men’s basketball was handed its first loss since Nov. 1, 2019. Despite outscoring Lenoir-Rhyne University 54-44 in the second half, the second-ranked Railsplitters (7-1, 5-1 SAC) were unable to overcome a 16-point halftime deficit and fell 89-83 to the host Bears (3-1, 3-1 SAC) inside Shuford Memorial Gymnasium.

A sluggish opening half, which included 12 LMU turnovers and several offensive fouls, proved to be too much for the Railsplitters to overcome. LMU shot 55.2 percent (16-of-29) in the second half and assisted on 10 of its 16 made field goals but a 15-6 Lenoir-Rhyne run over a three-and-a-half minute stretch late was the difference.

“Credit to Lenoir-Rhyne, I thought they played terrific all game long and out-executed us down the stretch after we took the lead,” head coach Josh Schertz said following the conference road tilt. “Our issues that were exposed in this game aren’t new, they’ve just been covered up by winning until tonight. We have struggled all year to take care of the ball, to keep the ball out of the paint and to keep our opponents off of the free-throw line.”

“Our program has always been about staying true to our absolutes and understanding that to win consistently, you have to eliminate losing,” continued coach Schertz. “I have to do a better job holding the team accountable to that and I will moving forward. Hopefully today serves as a wakeup call for our guys and hopefully we learn a painful lesson, that in order to win against good teams you have to play with energy, force, detail and purpose for 40 minutes. We didn’t come close to that tonight and we got what we deserved, Lenoir-Rhyne was clearly the better team tonight.”

Trailing for nearly the first five minutes of play, the Railsplitters took their first lead of the day on a three pointer from junior guard Julius Brown at the 15:08 mark of the opening half. After the Bears responded with a three of their own, LMU got a huge boost off the bench from redshirt sophomore guard/forward Xavier Bledson. Banking in a deep ball from the right wing and getting fouled in the process, Bledson completed the rare four-point play and moments later made a layup to give the Railsplitters a 17-13 advantage with 12 minutes to go in the half.

However, from there until the first-half buzzer it was all Lenoir-Rhyne. A long-sustained 32-10 stretch by the Bears over the following 11-and-a-half minutes gave the hosts their largest lead of the evening at 45-27 with just thirty seconds remaining in the half. LMU made only two field goals during that span and was held scoreless for nearly four minutes of play.

Down 45-29 at the break, the Railsplitters shot just 29.6 percent (8-of-27) in the opening 20 minutes of action and went 3-for-15 (20 percent) from beyond the arc. Lenoir-Rhyne shot 47.2 percent (17-of-36) from the floor in the first half and was 6-for-15 (40 percent) from outside. The opening half featured 23 total personal fouls as LMU had 13 free-throw attempts. The Bears turned the ball over just four times in the first 20 minutes and scored 19 points off of the Railsplitters’ miscues.

A slow-developing 14-6 run over the first five minutes of the second half got LMU within eight at 51-43. Back-to-back treys from two-time defending South Atlantic Conference Player of the Week Devin Whitfield extended the Railsplitters’ run to 20-6 and made it a two-point game. LMU would outscore Lenoir-Rhyne 29-17 across the first 10 minutes of the second half but the Blue and Gray still trailed by four at 62-58.

An inspired 8-2 Railsplitter run over 1:39 of play sparked by three pointers from senior guard Alex Dahling and Julius Brown tied things up at 66 apiece with 7:16 on the game clock. A Julius Brown layup knotted things up once again at 68-all before junior forward Jordan Guest connected on a three to give LMU its first lead since the 11:15 mark of the first half at 71-70.

With the Railsplitters up by one with five minutes left, the Bears responded with three consecutive three pointers from Mason Hawks, Tim Steele and R.J. Gunn to take a 79-73 lead. Layups from Julius Brown and Guest got LMU within two with 2:25 to go but back-to-back old-fashioned three-point trips by the hosts put Lenoir-Rhyne ahead 85-77 with 1:39 remaining. Free throws from Bledson and redshirt senior guard Whitfield made it a four-point affair with 49 seconds showing and the two teams exchanged fouls on each’s next possession. Bledson calmly knocked down his foul shots to get the Railsplitters back within four at 87-83 with 30 seconds left before Julius Brown made a steal on the ensuing Bear inbound. An open right-corner three by Whitfield came up just short and LMU was unable to secure an offensive rebound, resulting in Lenoir-Rhyne guard Hawks sealing the game with a pair of free throws. Dahling and Julius Brown were unable to connect on three pointers in the waning seconds.

The Railsplitters hit eight of their 15 second-half three-point attempts (53.3 percent) and limited the Bears to 38.5 percent (10-of-26) shooting in the final 20 minutes on the court. Neither team missed a free throw in the second half with LMU going 14-for-14 and Lenoir-Rhyne a remarkable 20-for-20.

Whitfield scored a team-high 21 points and grabbed six rebounds, while Bledson tied his career high with 16 points on 9-for-9 free-throw shooting. He also had six rebounds, five assists and a pair of steals in 18 minutes. Guest poured in 14 points and earned a team-best nine rebounds off the bench as Julius Brown scored 12 and Dahling 11 on 3-for-4 three-point shooting. Redshirt junior guard Cameron Henry had nine points, eight boards and four assists.

The setback snapped LMU’s program and SAC record 39-game win streak and brought an end to the Railsplitters’ 27-game conference win streak. LMU had won 14 consecutive true road games prior to Saturday’s defeat, also falling at Lenoir-Rhyne on March 2, 2019, which had represented the Railsplitters’ last league and road loss.

LMU remains on the road next week when the Railsplitters travel to Gaffney, South Carolina, to take on first-year conference member Limestone University in an 8 p.m. tip Wednesday night. Next Saturday’s scheduled matchup with Mars Hill (Jan. 16) has been postponed due to COVID-19 circumstances within the Lions’ program.