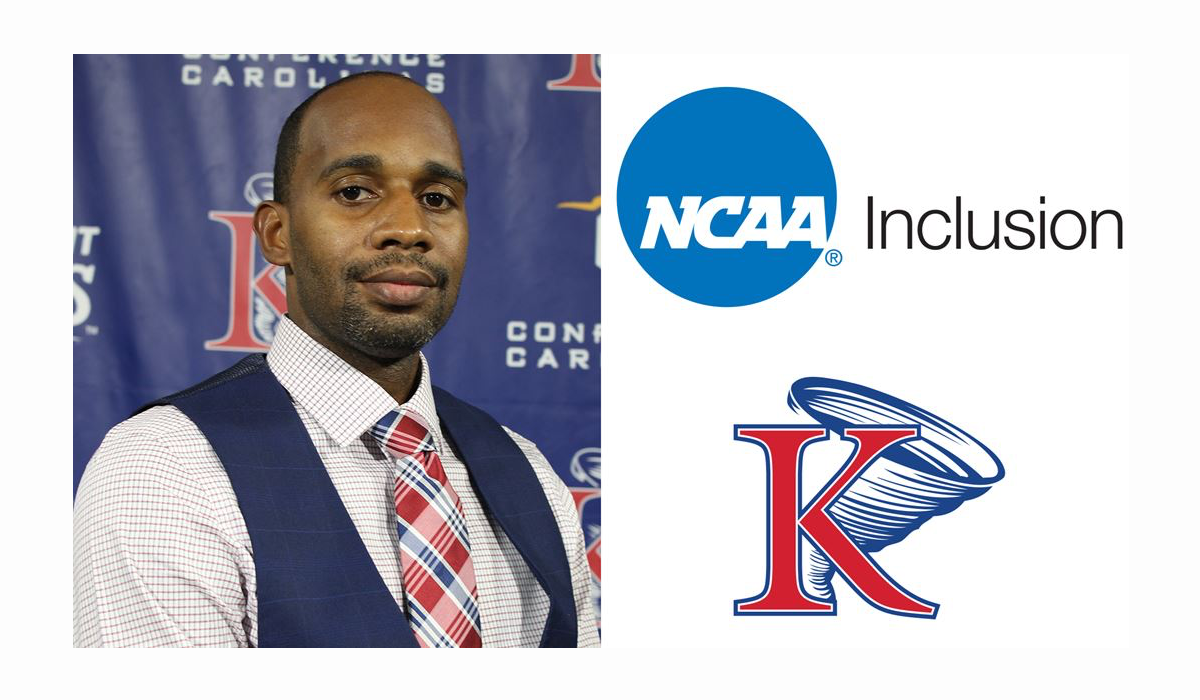 BRISTOL – King University Director of Athletics David Hicks has announced the appointment of Michael Phelps as King’s Athletics Diversity and Inclusion Designee (ADID). As the ADID, Phelps will serve as the university’s conduit for information related to national, local and campus level issues of diversity and inclusion, as well as the primary contact point for NCAA programs and opportunities related to diversity and inclusion.

Phelps joined the Tornado staff as an assistant basketball coach prior to the 2018-19 academic year, and recently completed his second season in that role. Phelps served as acting head coach for three games during the 2019-20 season, when head coach George Pitts was sidelined with health issues. He will continue to serve in that capacity under new head coach Jason Gillespie, in addition to his role as ADID.

“Over the past two years, Michael has clearly demonstrated his leadership abilities in numerous ways,” Hicks said. “He possesses strong administrative skills, and his passion for mentoring and developing student-athletes aligns perfectly with our institutional Christian mission and our department vision of Lead-Serve-Achieve.”

In the ADID role, Phelps will serve as the primary contact for information related to initiatives, programming and resources from the NCAA, specifically from diversity-related committees and the office of inclusion. This may include scholarship and grant opportunities, professional development opportunities, as well as national trends and their impact on student-athletes.

“As a Christian, one must never forget that we all are brothers and sisters in Christ. Regardless, whatever our nation is going through or will go through we must always remember love is patient, love is kind, and love must be sincere.”

Prior to arriving at King, Phelps spent over a decade in a wide variety of positions in both college athletics and community athletics, having served as an assistant basketball coach at Urbana University and Cedarville University, as well as holding the position of athletic director for the Springfield Little Tigers Youth organization. He also has experience as a student-athlete, having played at Clark Community College and Henderson State University, where he graduated in 2007 and earned his master’s degree in 2009.