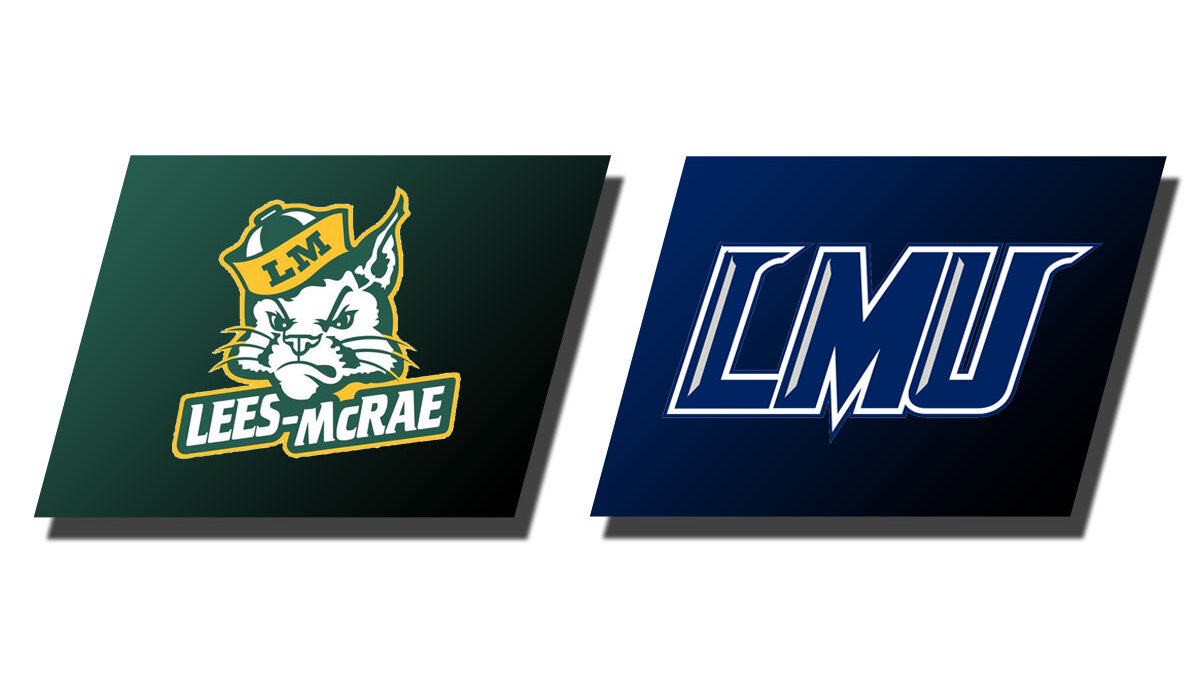 HARROGATE – For the third consecutive year, the Lincoln Memorial University men’s volleyball team began its season with a straight-set victory inside Mary E. Mars Gymnasium. The Railsplitters (1-0), who returned to on-court action against outside competition for the first time in 311 days, recorded the third-highest attack percentage in program history as they dismantled Lees-McRae College 3-0 Saturday afternoon in Harrogate.

LMU swung at an impressive .547 clip and racked up 33 kills in the rout, limiting the visiting Bobcats (0-1) to a .179 attack percentage and 21 kills. Not allowing Lees-McRae to score more than 13 points in either of the first two sets, the Railsplitters clinched the match with a 25-20 third set to improve to 5-1 all-time against the Bobcats.

A balanced offensive attack led by freshman right side hitter Justin Sharfenaker’s eight kills on 12 attacks without an error (.667) and career-high four service aces was complimented by six LMU blocks. The Railsplitters made just four errors across the three sets and were not threatened, trailing only twice after Leese-McRae won the opening point of both the first and third set.

A pair of aces from junior setter/right side hitter AJ Risavy and a Sharfenaker kill gave LMU a comfortable 16-7 lead in the first set before a Sharfenaker ace made it 24-11. Moments later, a Bobcat service error ended the first set at 25-13 as the Railsplitters attacked at a .550 mark in the stanza with 12 kills and only one error.

Lees-McRae hung around in the early stages of the second set, getting back within a point at 10-9 after an LMU service error and a Bobcat ace. From there, the Railsplitters would win 10 of the next 11 points with an eight-point run fueled by a trio of Sharfenaker aces and kills from sophomore middle/right side hitter Dawson Walker, junior outside hitter Logan Kerley and freshman outside hitter Cole Campisano. Leading 21-13, LMU closed out the set with four-straight points as sophomore middle hitter transfer Lucas Chazo capped things off at 25-13 with back-to-back aces.

For the second consecutive set, the Railsplitters committed just one attack error while swinging at a .667 clip and tallying 13 kills.

Despite a much tighter third set, LMU controlled the momentum and built an 11-7 lead. After Lees-McRae made it a one-point set at 12-11, aces from freshman outside hitter Ethan Hubbard and a kill by senior middle hitter Pedro Carvalho gave the Railsplitters a 15-11 advantage. Another Hubbard kill and an ace from true freshman defensive specialist Jacob Miller put LMU up 21-15 before kills from freshman outside hitter Ishaan Melwani and sophomore outside hitter Jacob Titus sealed the set 25-20. The Railsplitters posted an attack percentage of .400 and collected eight kills in the final set.

Carvalho finished with seven kills off of a ridiculous .778 attack and claimed a pair of aces, while Campisano and Titus each had four kills. Walker led the way on the block with a trio of block assists and Titus earned a team-high four digs. Risavy (15) and sophomore setter Ryan Foy (14) shared setting duties with the duo combining for 29 assists.

LMU will have a six-day break from match play before making its first road trip of 2021 next weekend when the Railsplitters head to Illinois for matches at Loyola University Chicago Friday, Jan. 22, fifth-ranked Lewis University Saturday, Jan. 23 and McKendree University Sunday, Jan. 24.