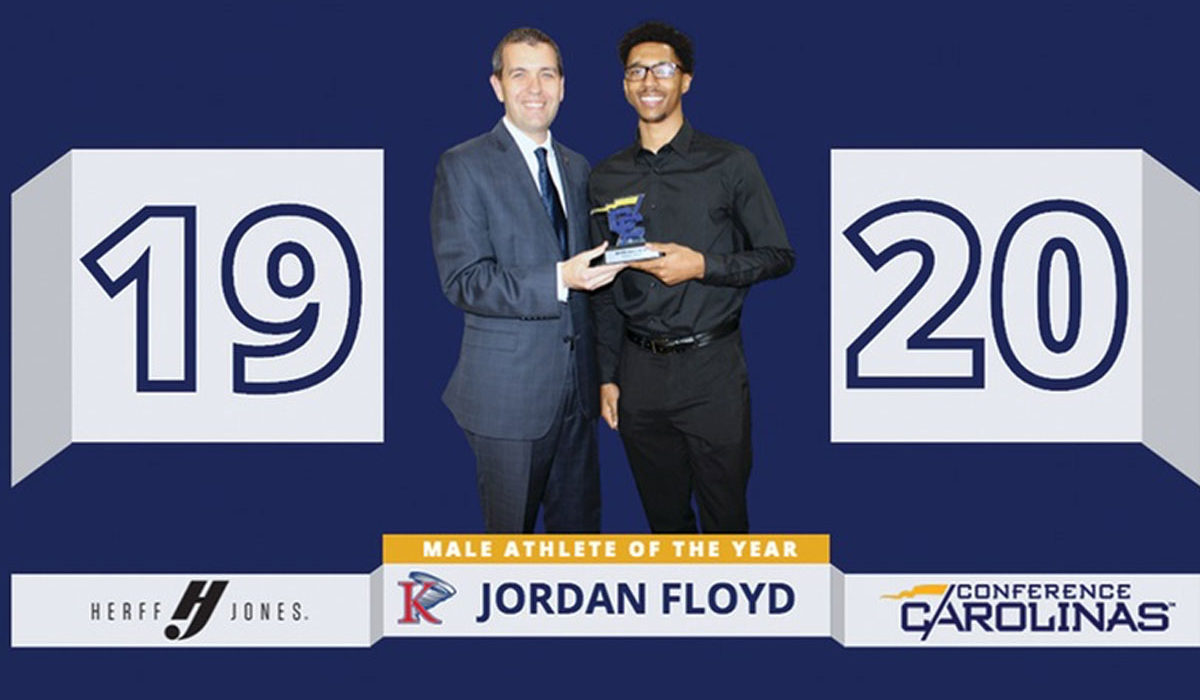 GREENVILLE, S.C. – Jordan Floyd of King has been chosen as the Herff Jones Conference Carolinas Male Athlete of the Year for the 2019-20 academic year.

Floyd is the first student-athlete from King to earn the prestigious honor.

Jordan Floyd was selected as the Division II Conference Commissioners Association Men’s Basketball Ron Lenz National Player of the Year after the conclusion of the 2019-20 campaign.

According to Conference Carolinas records, Floyd is the first men’s basketball player in the league’s NCAA Division II history to earn National Player of the Year honors.

Floyd shot 50.3 percent from the field and 42.6 percent from beyond the arc in scoring over 30 points per game. He also knocked down 81.3 percent of his free throw attempts. The senior guard from Stone Mountain, Ga. also dished out 2.7 assists per game and brought down 4.1 boards per game.