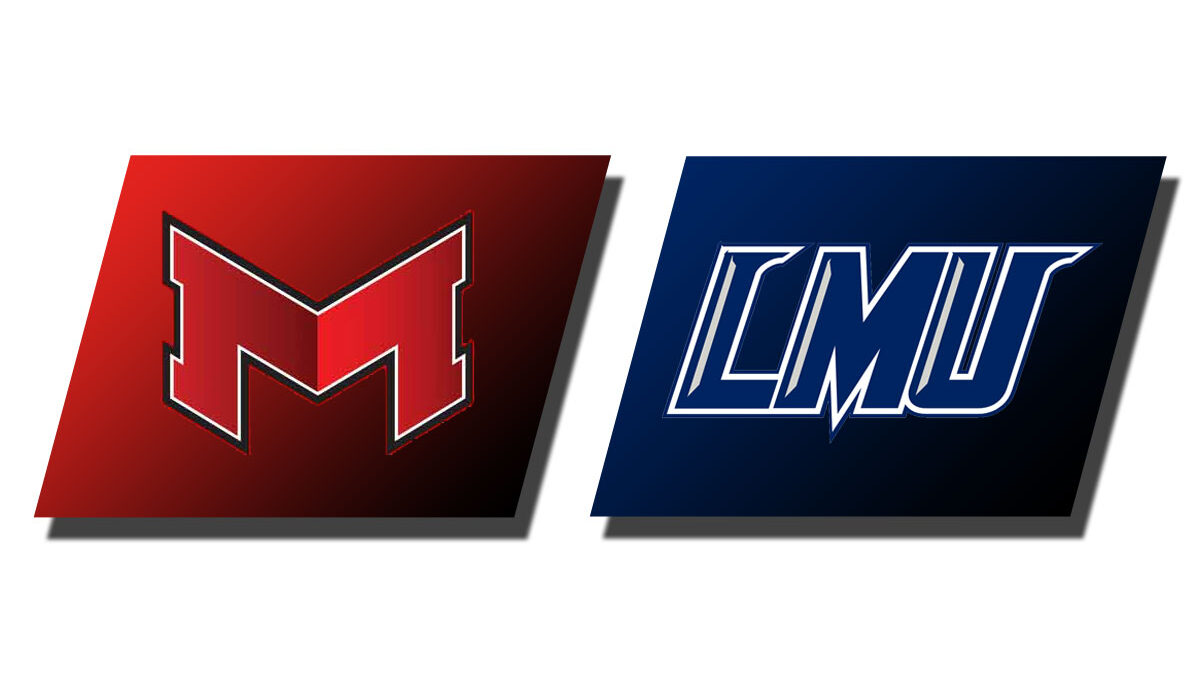 HARROGATE, Tenn. – Surviving a 5-0 flurry in the 4th inning of their 2021 curtain jerker, the No. 22-ranked Lincoln Memorial University softball team pulled out a pair of huge offensive and defensive plays on Saturday evening against Maryville (Mo.) to snag their ninth consecutive win at Dorothy Neely Field.

The Lady Railsplitters defeated the Saints, 7-6.

A two-out three-run homer in the bottom of the 5th from graduate second baseman Ty-Kella Goins handed the Lady Railsplitters (1-0) back the lead they would never surrender, despite a couple of scares down the stretch.

With the game in jeopardy later in the 6th frame, sophomore outfielder Madison Henry stretched out for a highlight reel save in left field with the bases juiced, preventing the Saints’ (0-2) comeback rally.

The opening three periods went heavily in favor of LMU, with the preseason second-ranked South Atlantic Conference squad racing ahead 4-0. After Goins found home plate for the team’s first run of the season on a passed ball in the 1st inning, the Lady Railsplitters tripled that output in the 2nd frame with three more scores.

Senior catcher Audrey Petoskey sprinted home on a Maryville throwing error, paving the way for back-to-back RBI singles by Goins and junior shortstop Sierra Hucklebee. Henry and senior Bella Buccellato scored off those two plays to put the Lady Railsplitters in front by a commanding margin.

The momentum then swung in the complete opposite direction once the top of the 4threared its head.

Leading into the 4th frame, sophomore pitcher Emma Frost had faced little resistance from the Saints, who fell to SAC member Mars Hill earlier in the afternoon, 10-8. The lightbulb went off for Maryville midway through the contest, however, in the form of five consecutive Saints runs which prompted LMU to switch to junior transfer Hayley Tamaro in the circle.

Kick-started by a Lexi Touchette leftfield double to bring Alyssa Callans home, Erin Sammelman swung a two-RBI double down the middle of the field to suddenly bring the score to 4-3.

The duo of Hannah Tolley and Kim DeBold, two of four Saints to reach more than one hit in the loss, accounted for back-to-back RBI singles down the ride side, snatching the lead out from under LMU in the blink of an eye.

The Lady Railsplitters wouldn’t be down for long, though. With Henry and Buccellato already on base, Goins stepped up to the plate and bombed the three-run homer right in front of the American flag.
LMU’s offense did their part to retake the advantage. It was up to the Lady Railsplitter defense to keep it.

That LMU defense bent slightly, but wouldn’t break after coughing up a run to the Saints in the top of the 6th via a fielding miscue. As Maryville threatened to steal the lead once more, Henry’s ultra-clutch leftfield save ended the Saints’ hopes of a rally.

Tamaro receives credit for the season-opening victory in her LMU debut, seeing a recurring theme of the number three towards her stat-line: Innings played, hits allowed, and strikeouts all resembled that same figure for the Lady Railsplitter newcomer.

Despite being out-gained in the hits department by an 11-7 margin, LMU was able to hold on thanks to their hot start on the offensive end and stingy effort in the outfield. Goins, Hucklebee, and junior third baseman Kelsie Tuggle provided six of the team’s seven hits in the win at two each.

Behind Goins’ four-RBI performance, the Lady Railsplitters extend their winning streak over the Saints to four, while clinching their ninth-straight victory in Harrogate. Overall, LMU has claimed a win in each of their last six outings dating back to March 2020.

Withstanding the Maryville rally to hold on by a single run, the Saints are granted a rematch with the Lady Railsplitters on Sunday afternoon from Dorothy Neely Field. The opening pitch to close out the season-starting LMU Invitational will take place at approximately 2 p.m.