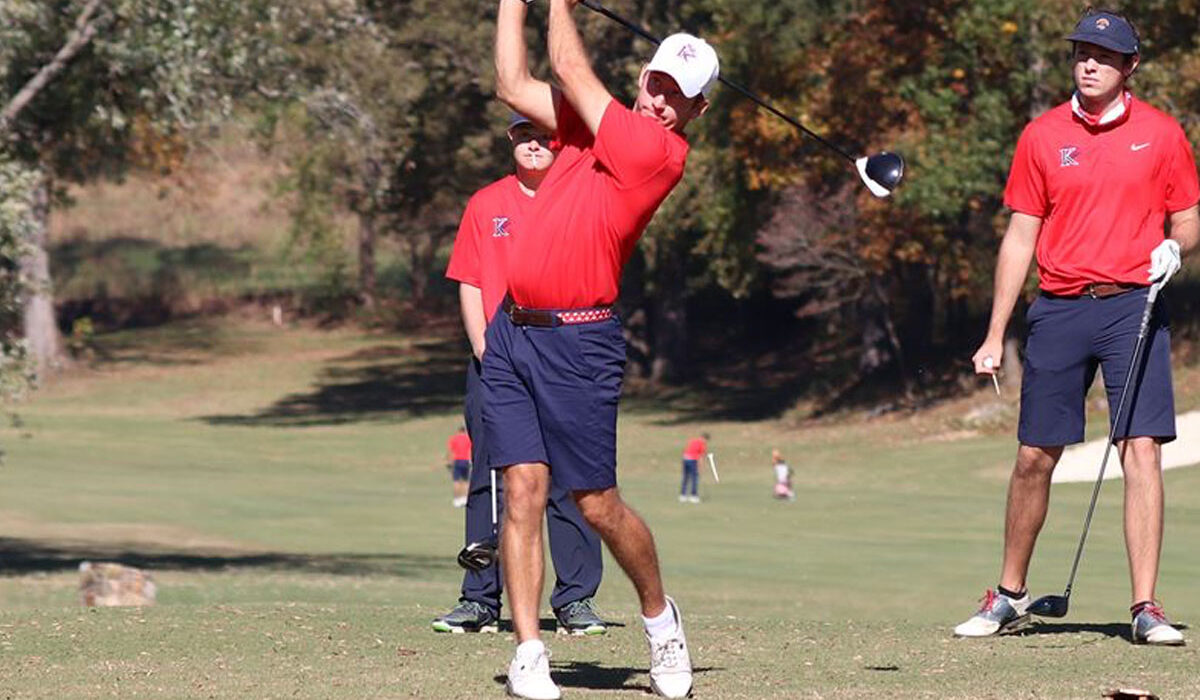 GREENVILLE, S.C. – The King University men’s golf team concluded their fall season on Wednesday at the Crusader Challenge. The Tornado had three individuals in the top five, including the events champion, Chad Couch.

The Crusader Challenge was held at the Green Valley Country Club in Greenville, S.C. – a par 72, 6952-yard course.

Couch was one of three players to shoot under par on the day, carding a three-under 69 to take his first career victory. The finish is also his second career top 10 finish. The round of three-under marked Couch’s ninth career round under par, and only one stroke off of his career-low round of 68.

Jeffery Perez posted his first top five finish of the season, taking fourth with a score of even par 72, and Jeppe Thybo, who finished seventh with a round of 74, was in the top 10.

Couch won the tournament by two strokes over Alberto Avila of Erskine College and Brendan Kelly of Belmont Abbey College. Both carded rounds of one-under 71.

The Tornado are scheduled to return to the course on February 15-16 at the Spring Kickoff hosted at the Golf Club at South Hampton in St. Augustine, Fla.