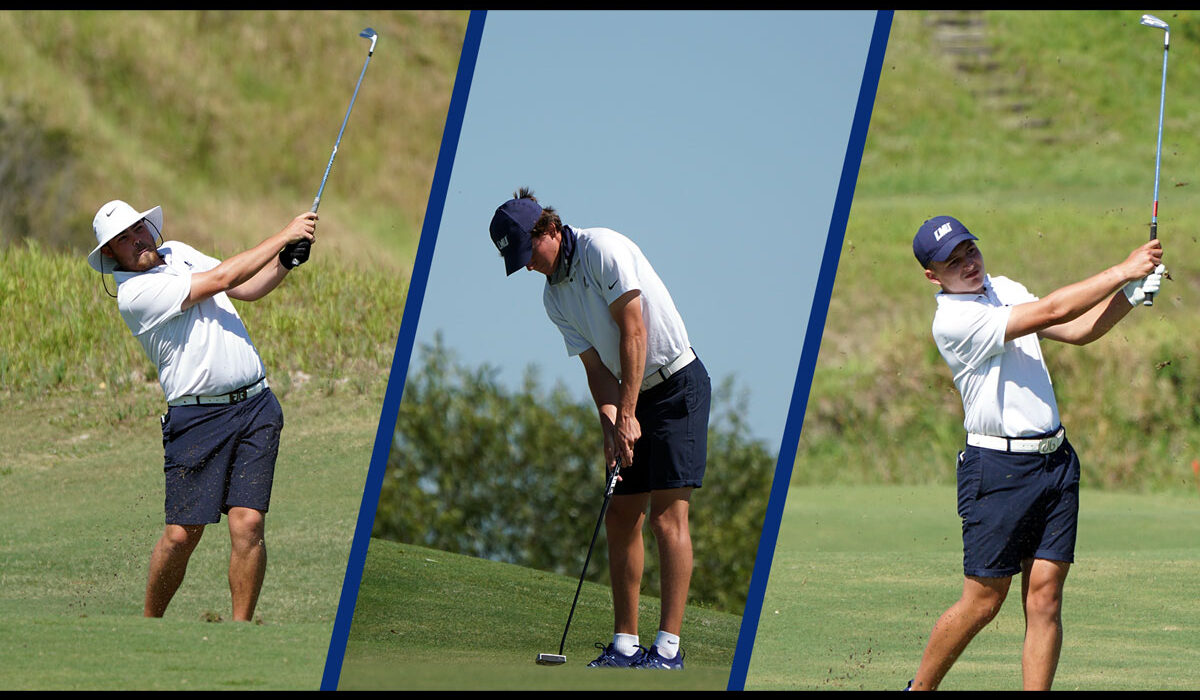 NORMAN, Okla. – The Golf Coaches Association of America (GCAA) announced the 2021 NCAA Division II PING All-Region honorees across eight different regions Friday afternoon, as Lincoln Memorial University seniors Dan Bradbury and Luke Harries collected their third and second consecutive, respectively, selection to the Southeast Region team and sophomore Harry Lord landed a spot on the all-region team for the first time following his inaugural Railsplitter season. LMU was the only team in the Southeast Region to place three golfers on the all-region list.

Bradbury, who recorded his second-straight golfer of the year award from the South Atlantic Conference this spring, finished his Railsplitter career ranked as the No. 1 golfer in the nation in Division II according to GolfStat. After posting three individual victories this spring at the Bearcat Golf Classic, Argonaut Invitational and the SAC Championship, the Englishman broke the LMU program record of eight individual victories, clinching his ninth in record-breaking fashion at the Woodlake Golf Club in Tazewell. Bradbury entered the 2021 NCAA South/Southeast Regional with a scoring average of 69.51, the lowest of any golfer in NCAA DI, DII and DIII.

The Yorkshire, England, senior finished the NCAA South/Southeast Regional tied for third on the individual leaderboard after shooting three-under-par overall (70-75-68). Bradbury was again named a finalist for the Jack Nicklaus National Player of the Year award.

Making his second-straight appearance on the all-region team, Harries also had an impressive spring.

The Welshman recorded three separate top-15 finishes before the SAC Championship in the 2020-21 campaign, placing a season-high fifth at the Spring Kickoff Intercollegiate, 13th at the Bearcat Golf Classic and 15th at the Argonaut Invitational. Harries’ record-breaking runner-up finish at the SAC Championship of 206 (67-70-69) marked his lowest three-round intercollegiate total. The Dyfed, Wales, native sank six birdies en route to clinching silver by seven strokes.

Transferring to Harrogate from the University of Louisiana Monroe, it took Lord just two tournaments to make an impact for the Railsplitter squad. Firing an impressive 7-under 65 opening round at the Spring Kickoff Intercollegiate in St. Augustine, Florida, Lord posted a top-15 finish. He would shoot under par in five of LMU’s nine tournaments, carding a career-best 7-under 209 with a career-low tying 7-under 65 first round at the Argonaut Invitational in Pensacola, Florida, to cap the regular season. A native of Lancashire, England, Lord had a pair of top-five finishes, including claiming runner-up honors at the Bobcat Invitational in Eatonton, Georgia, and tying for third place at the Argonaut Invitational.

All three played an integral role in the Railsplitters’ 2021 success. The trio helped lead No. 2 LMU to its fourth SAC Championship crown and the Railsplitters’ fifth consecutive South/Southeast Regional appearance where they came only three strokes shy of advancing to the national tournament.