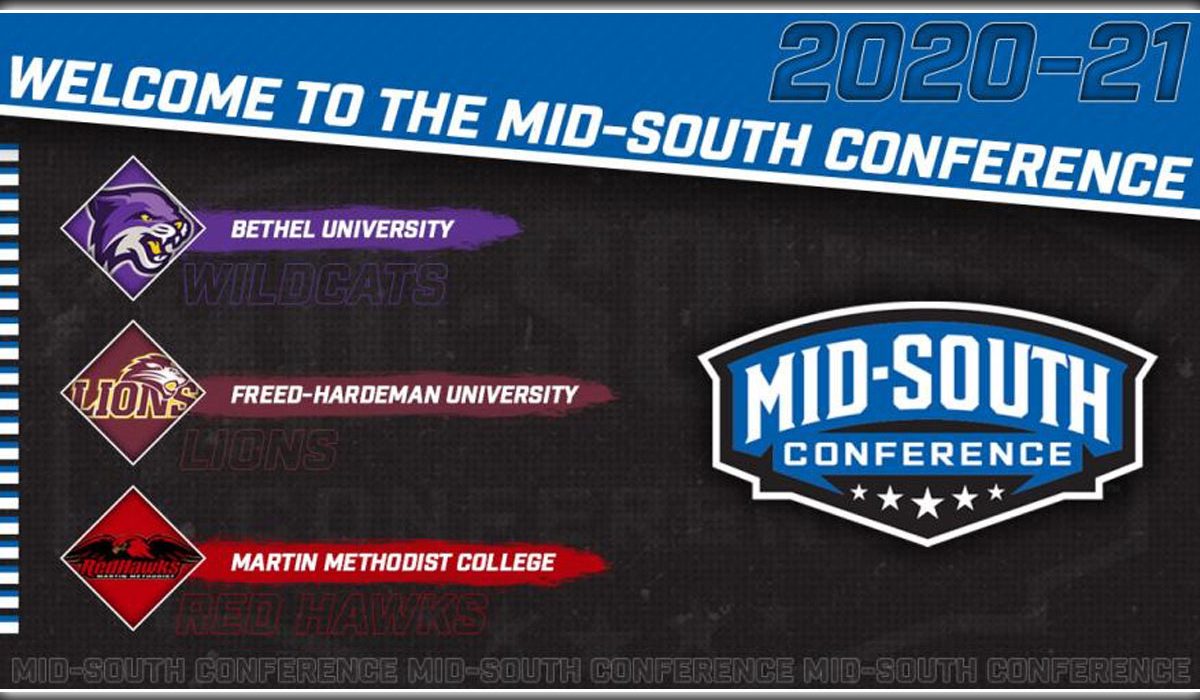 The three west Tennessee schools — located in McKenzie (Bethel), Henderson (Freed-Hardeman), and Pulaski (Martin Methodist) — announced on July 25, 2019, their intent to join the MSC for the 2020-21 academic year. The three schools bring the total full members to 12 in the MSC.

“It was incredibly exciting a little more than 11 months ago to announce that Bethel, Freed-Hardeman, and Martin Methodist were coming to the Mid-South Conference for the 2020-21 season,” Ward said. “Today, it is equally exciting to make it official. I would like to welcome the student-athletes, coaches, administrators, and alumni of these three outstanding institutions to the Mid-South Conference. We look forward to great competition while working together to make the Mid-South the best conference in the NAIA.”

Bethel and Martin Methodist come to the Mid-South from the Southern States Athletic Conference while Freed-Hardeman comes from the American Midwest Conference. All three institutions were originally part of the TranSouth Athletic Conference — which disbanded at the close of the 2012-13 academic year.

Cumberland University and Life University were also members of the TranSouth before moving to the Mid-South.

All three new members are scheduled to compete in baseball, basketball, cheerleading, cross country, golf, soccer, softball, tennis, track & field, and volleyball. Bethel and Martin Methodist will also compete in bowling and swimming while Bethel continues in archery and football.

The Mid-South Conference was formed in 1995 to serve as the competitive base for the institutions’ athletic programs. The conference’s broad-based athletic competition for men and women offers championships in 29 sports.