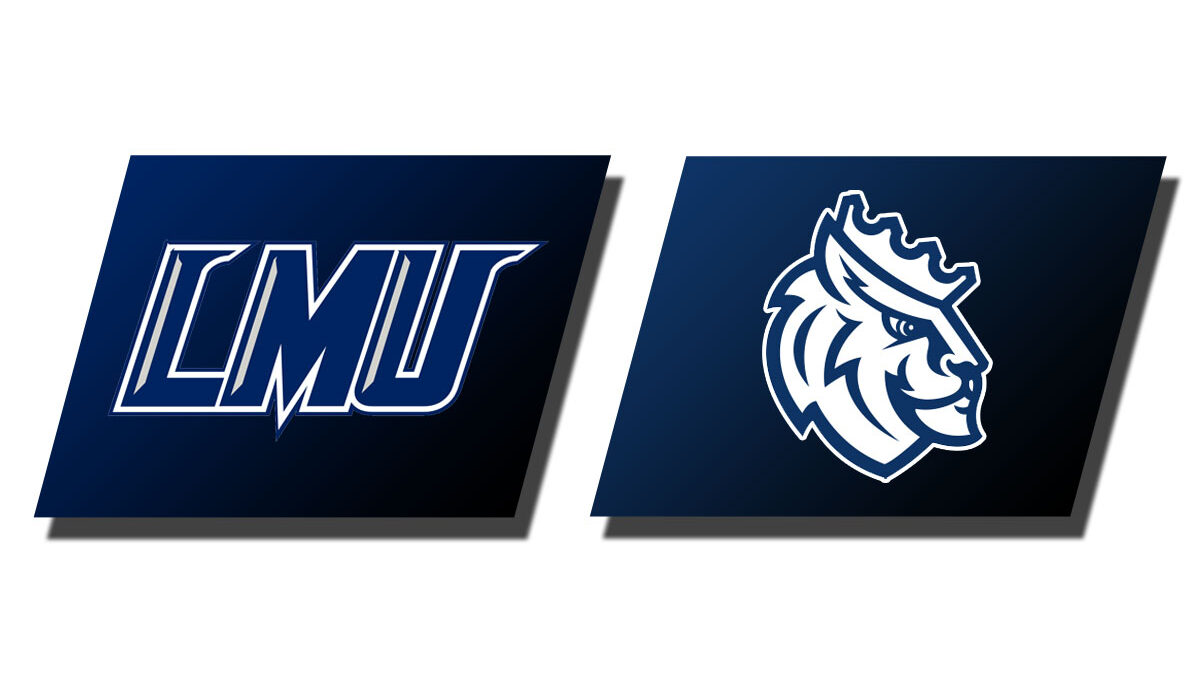 CHARLOTTE, N.C. – The Lincoln Memorial University men’s basketball program suffered their second loss of the season and move to 9-2 overall and 6-2 in SAC play after the Railsplitters fell to No. 21/19 Queens on a last second shot, 82-80.

The No. 10/11 Railsplitters controlled the game from the opening whistle, shooting 48.5 percent from the field in the first half while limiting the Royals to just 37.8 percent. Queens was able to come out of the break to connect on crucial shots to help give the Royals the 82-80 win.

Lincoln Memorial got to work early as they opened the contest on a 13-4 run, but the Royals fought back and pulled to within two.  Queens saw their first lead of the game at the 12:26 mark, but the Railsplitters answered right back on a quick layup from freshman Matthew Sells to retake the lead. After some lead changes, LMU was able to retake the lead on a three-pointer from junior Jordan Guest, and held onto the lead, going into the halftime break up 40-37.

Trading baskets early and often, the Royals took a 50-49 lead into the under-16-minute media timeout before the Splitters evened things up at the 13:12 mark. Despite high-percentage shooting by both programs in the second half, the last 20 minutes was a defensive battle. At the 3:48 mark, Me’Kell Burries connected from deep to give LMU a 75-72 led, but the Royals were able to keep intact and retook the lead with 18 seconds left. A critical foul with just seconds left allowed Burries to go to the line and even things up at 80 all, but a last second floater by Kenny Dye of Queens gave the Royals the 82-80 win.

Freshman Jordan Walters neared a double-double has he finished the afternoon lead the Railsplitters with 16 points and nine rebounds. Burries followed suit in double digits as he tallied 17 points on 6-for-10 shooting from the field. Rounding out the double-digit scorers for LMU is Chase Rankin with 13 points and Matthew Sells with 11 points.

The Railsplitters will have two weeks off before traveling to Hickory, North Carolina for a Saturday afternoon matchup with Lenoir-Rhyne. Tip-off is set for 4 p.m. EST on Saturday, January 1, 2022.