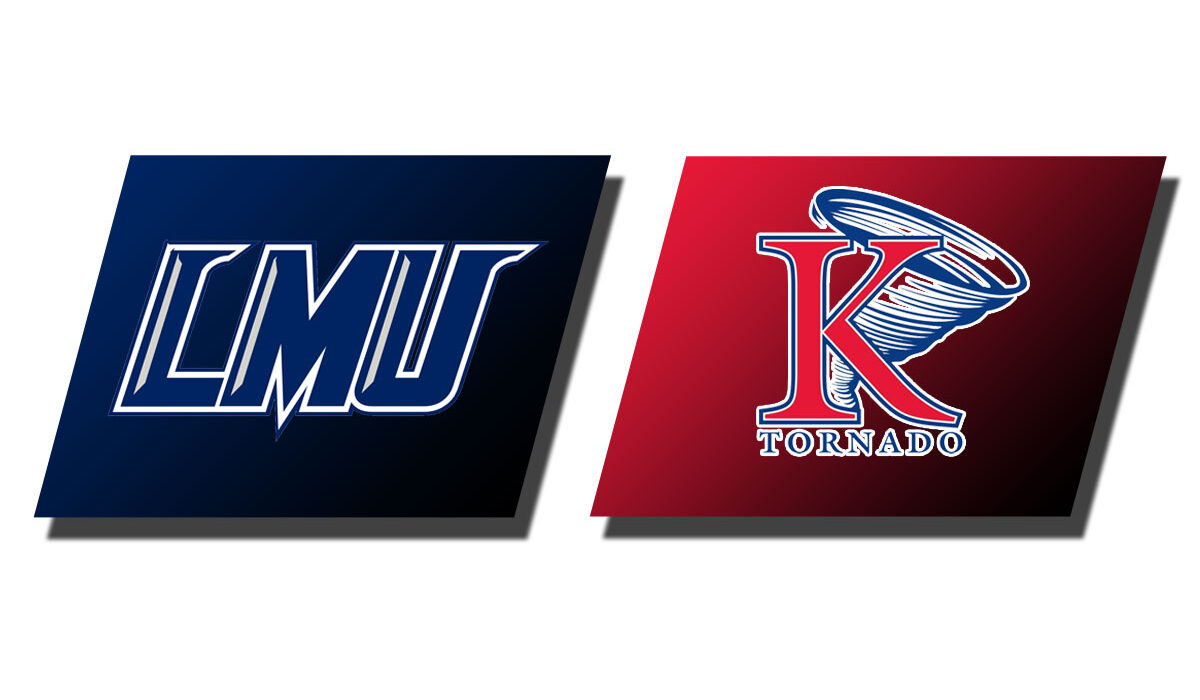 BRISTOL, Tenn. – Claiming back-to-back wins for the first time of 2021, the Lincoln Memorial University men’s volleyball team earned a dominant 3-0 road victory at King University Tuesday night in Bristol, Tennessee. Behind 11.5 total blocks and 36 kills the Railsplitters (3-6) imposed their will against their in-state foe and didn’t allow the host Tornado (3-2) to reach 20 points in the first or third sets.

A convincing 25-14 win in the opening set preceded a 25-22 second set and a 25-17 third set as LMU recorded a .333 attack percentage and limited King to .054 hitting. Holding the Tornado to 28 kills, the Railsplitters committed just 10 attack errors and added a pair of service aces.

A block by Sharfenaker and senior middle hitter Pedro Carvalho followed by a Sharfenaker kill gave LMU an 8-3 lead in set one. That advantage ballooned to 19-9 after three consecutive Railsplitter points and kills by Walker and Sharfenaker coupled with King errors made it 23-12. A Tornado ball handling error and a serving error by the home team gave LMU a set lead in the match.

The Railsplitters showed poise and confidence in the second set, fighting their way back from an 18-15 deficit. Playing catchup for most of the set, LMU found itself down 12-7 before a 4-1 Railsplitter run got the Blue and Gray within two. A kill by Titus ignited a momentum-altering 5-0 run as Walker rose up for solo block to give LMU a 20-18 lead. The score would become tied at 20 and 21 but kills from Sharfenaker and freshman outside hitter Cole Campisano, along with a King attack error, gave the Railsplitters a trio of set points. After a Tornado kill, Sharfenaker ended the set with a cross-court kill to put LMU one set away.

Winning four of the first five points of the third set, the Railsplitters took a commanding 15-9 lead off a Titus ace and block by Sharfenaker and Walker. Three points in a row off kills from Campisano and Sharfenaker and a King error pushed LMU in front 20-13. A Titus kill followed by a kill from sophomore setter Ryan Foy gave the Railsplitters a comfortable 22-14 cushion, and moments later kills from Titus, Walker and Sharfenaker closed out the match.

Sharfenaker also tied his career high with five blocks and Carvalho added four, while Foy handed out 30 assists and Campisano got to a career-high nine digs. Freshman libero Attia Soliman made seven digs and both Foy and junior libero Matt Bridenbaugh earned five.

Joshua Kim led the Tornado with a match-high 11 kills, five digs, a block and an ace as King got eight kills from Diego Marcano and 23 assists, three kills and eight digs from JT Deppe.