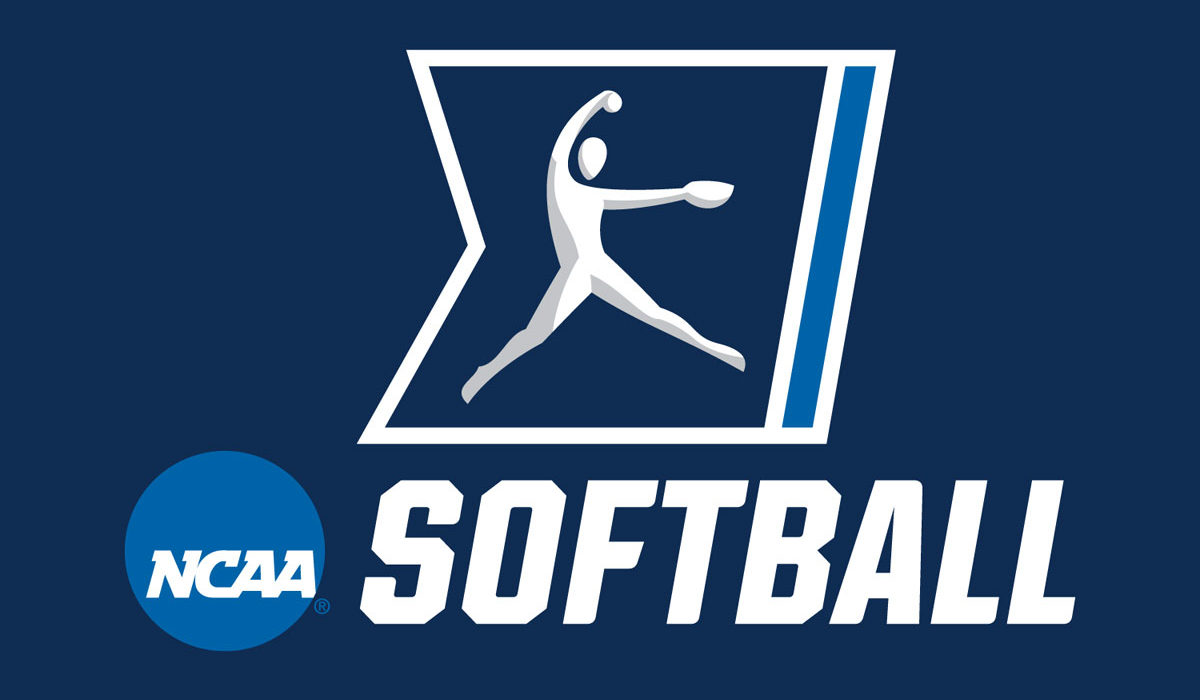 DAHLONEGA, Ga. – Threatening to break through and punch their ticket to the NCAA Division II Women’s College World Series on multiple occasions Saturday afternoon in the Southeast Regional Championship set versus the 2nd-ranked and top-seeded team in the bracket, the Lincoln Memorial University softball team fell short of the mark in consecutive outcomes against the hosting North Georgia Nighthawks in the Peach State, forced to watch their unparalleled 2021 campaign grind to a screeching halt in back-to-back devastating defeats to put an end to one of the most remarkable spring schedules in the history of the program.

Only seven innings away from booking a flight to Denver, Colo. for what would have been the school’s first ever appearance in the field of eight for National Championship contention, the Lady Railsplitters (38-8) instead had to settle for being the Southeast Region runner-ups for the second time in the past three years, dropping a pair of heavyweight battles to UNG by respective scores of 4-0 and 3-1. After vanquishing the Nighthawks in the winner’s bracket 24 hours earlier in their own backyard by a two-run margin, LMU couldn’t finish the job against one of the most complete teams in the nation and ended their magical 2021 season with perhaps the most impactful legacy ever left by a single team in the history of Lincoln Memorial softball.

Fighting tooth and nail with one of the most well-rounded defensive clubs in America throughout the majority of what would have been the region championship-clinching victory, the Lady Railsplitters ultimately left too many options on the table in the shutout defeat, symbolizing only the third time in 44 appearances this spring that the blue and gray were left without a run on the board despite a 9-6 advantage in the hits department.

North Georgia pitcher Laken Chambers proved to be a nearly-unstoppable arm in both UNG wins on Saturday, where the Nighthawk starter threw all 14 innings in total while just allowing a single LMU score over the course of 56 batters faced collectively. Junior Bailey Griffith held her own in the circle nearly halfway through the top-five clash until the host institution pushed through via a pair of runs in the 3rd and 4th periods, which would be more than enough to force a third go-around in a 48-hour stretch between the two schools, surviving three separate instances where the Lady Railsplitters held a bases-loaded opportunity only to come up blank each and every time.

Shelby Hammontree provided UNG with their first lead over LMU in the 10 innings of competition between them by lobbing a two-run homer to left center in the bottom of the 3rd, also bringing Jaycie Michael around the diamond. The blue and gray dropped into an even deeper hole in the next frame once Marley Holmes ripped an RBI double to the right side and Madi Perry slid into home plate in the next at-bat off a fielder’s choice situation, extending the cushion to 4-0.

In a series with such high implications at stake between two defensive-minded squads, each chance to put a run on the board represented a crucial momentum swing at any given point. On Saturday, the Lady Railsplitters fumbled many opportunities to begin building some steam and perhaps even work towards a late tie, to no avail in the end after leaving all three runners stranded in both of the final two periods.

Third baseman Kelsie Tuggle and fellow infielder Grace Cochran combined for a 4-7 effort with the bat in their hands in the four-run setback, as the latter filled in for an injured Sierra Hucklebee at the shortstop position, leaving room for Kelsey Hoskins to fill the void at rightfield. Ty-Kella Goins, Madison Henry, Emma Webb, Audrey Petoskey, and McKenzie Henry all added one hit apiece between them, although it wouldn’t amount to a single score when all was said and done, necessitating a third meeting later in the afternoon that similarly fell against the blue and gray’s best fortunes.

Griffith dropped to 11-4 individually by giving up the quartet of North Georgia scores, where she was relieved over the final two periods by classmate Hayley Tamaro, who didn’t let either a hit or a run get by as the finish line drew closer. A fly ball to centerfield in the 6th and a line-drive right to the pitcher in the 7th prevented LMU from doing any damage in the scoring column with the bases juiced, hence leading to the 4-0 final decision.

In what evolved into a best-two-out-of-three series between the highest-ranked teams in the Southeast Region for all the marbles over the weekend, the Lady Railsplitters were again left frustrated on the offensive end courtesy of just five hits. As sophomore Emma Frost manned the pitching spot in the winner-take-all affair, the home run ball poisoned Lincoln Memorial yet again late in the contest to break a 1-1 deadlock, putting the finishing touches on a Southeast Region Championship for North Georgia and a premature end to the season for the blue and gray.

Gracie Mixson placed the Nighthawks into another early lead by bouncing an RBI-single to right center to bring Perry home in the top of the 2nd. LMU would respond in timely fashion, however, evening the odds in the bottom of that same frame on Hoskins’ second RBI of the entire year on a leftfield single, giving Webb the room needed to jog home and secure the tie.

A chess match between Frost and Chambers dominated the middle half of the regional title duel across three straight scoreless innings, emphatically broken on a two-run homer from Madison Simmons in the top of the 6ththat also scored Kaylyn Anthony. From there, LMU would only find one base-runner in their final seven batters to fall short of the postseason triumph.

Catcher McKenzie Henry would be the only Lady Railsplitter in the second game of the day to manage more than one hit, followed by one apiece from Hoskins, Webb, and Petoskey. Frost’s stellar 2021 would come to an end at 20-4 personally on 5 strikeouts in 122 pitches. All told, the South Atlantic Conference Pitcher of the Year tossed 349 balls over the 72-hour window in the Southeast Regional bracket for Lincoln Memorial.

Fourth-year Head Coach Ritchie Richardson‘s team ends the spring having tied the 2019 roster for the most wins in a single season in the history of the program with a whopping 38, coming inches away on multiple occasions from a birth in the Women’s College World Series. Saturday’s curtain call against North Georgia represents the final appearance in the field for two remarkable LMU seniors Ty-Kella Goins and Audrey Petoskey, who were both influential pieces to arguably the greatest four-year run that Lincoln Memorial softball has ever produced.

While the Southeast Regional Championship loss will sting for quite some time, the Lady Railsplitters will carry a load of preseason hype with them into the 2022 campaign, anticipating the return of a massive chunk of their offensive and defensive production from possibly the most memorable season that the program has ever seen. For now, the transition will begin into the offseason for one of the most special teams that Lincoln Memorial University has boasted in quite some time.