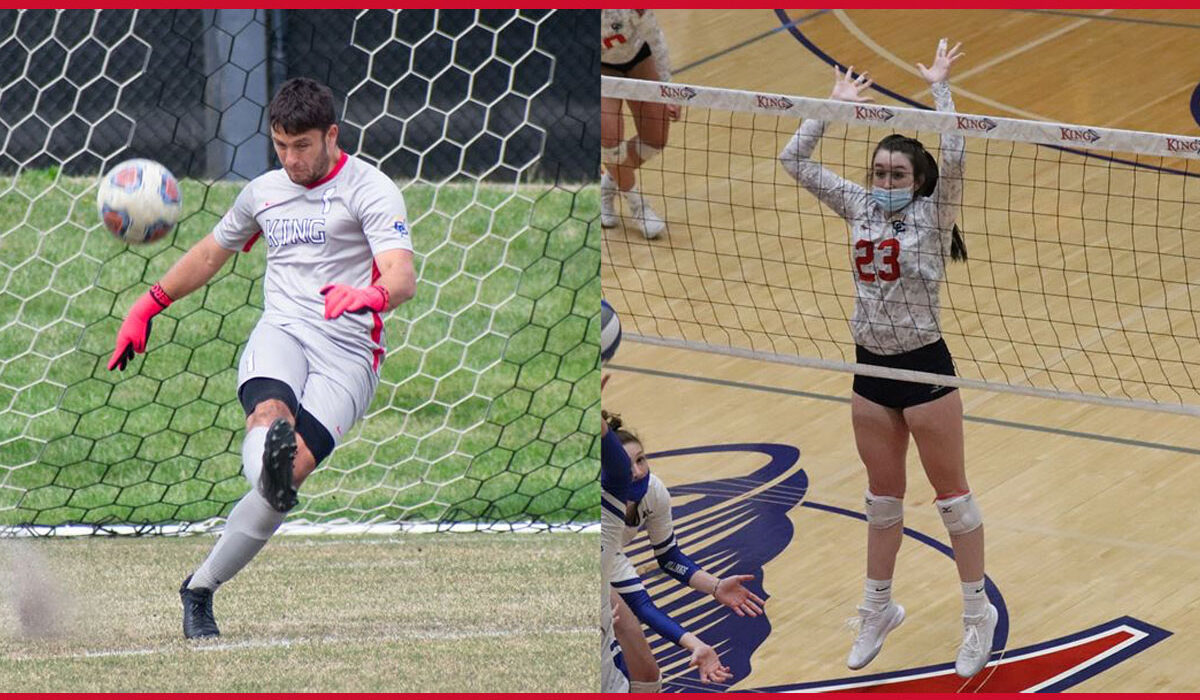 BRISTOL, Tenn. – Conference Carolinas announced their spring Scholar-Athletes of the Year, and two King University student-athletes were recognized. Brittney Ramsey of the women’s volleyball team and Dalton Gammon of the men’s soccer team earned scholar-athlete of the year honors.

Ramsey helped lead the Tornado to their first Conference Carolinas Tournament title as she was selected Conference Carolinas Defensive Player of the Year and second team all-conference. The Afton, Tenn. native is majoring in Interdisciplinary Studies while minoring in Elementary Education. She has been on the Dean’s List four times and President’s List twice in her time at King. On the court, her average of 1.47 blocks per set ranked fifth in all of NCAA Division II and her .359 attack percentage was 25th in the country. She also posted 91 total blocks, ranking her second in the nation.

Gammon earned third team All-Conference Carolinas honors after ranking in the league’s top 10 in numerous categories. He graduated with a degree in Business and was on the Dean’s List every single semester. The Valrico, Fla., native led Conference Carolinas with 48 saves and record one shutout. Gammon averaged 6.00 saves per game, ranking him ninth in NCAA Division II and second in the league while his 1.366 goals against average, ranked him in fifth in the league. He also posted a save percentage of .814, ranking him third in the league and 21st in the country.

To be considered, a student-athlete must have a cumulative grade-point average of 3.25 or higher. In addition, the nominees for the award must have been named all-conference in their sport and also chosen academic all-conference.