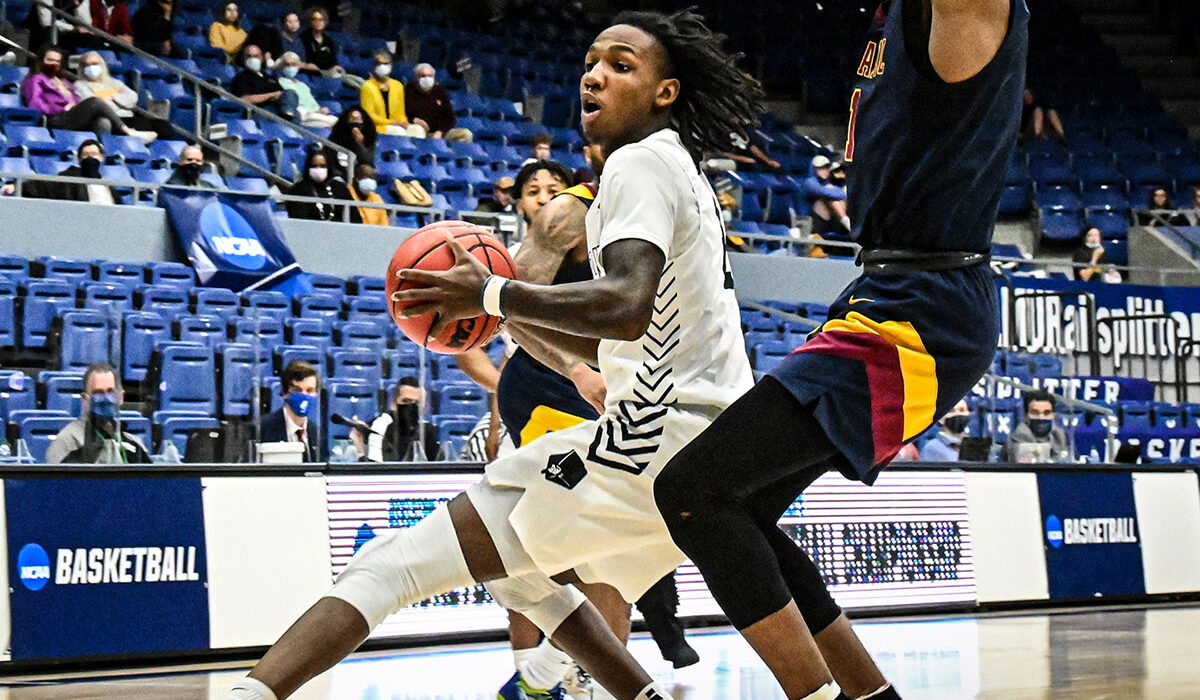 KANSAS CITY, Mo. – For the second-straight year Lincoln Memorial University men’s basketball is represented on the National Association of Basketball Coaches (NABC) Coaches’ Division II All-America team. Just 24 hours after being named NABC All-District First Team for the second consecutive season, redshirt senior guard Devin Whitfield has been selected to the 2020-21 NABC Coaches’ Division II All-America team as announced by the association Tuesday morning. The 6-foot-5 guard is one of the nation’s most prolific scorers and three-point shooters and leads the 13th-ranked Railsplitters in several offensive categories.

Selected and voted upon by member coaches of the NABC in Division II, the 16 student-athletes placed on the All-America team represent the most outstanding basketball players across the country in NCAA Division II.

The only NABC All-American from the South Atlantic Conference, Whitfield is one of just two hoopers in this year’s NCAA Southeast Region to appear on the All-America team.

Ranked 10th in the country in three pointers made (63), Whitfield’s 380 points scored in 2020-21 are the 25th-most among all NCAA Division II men’s basketball players. The Lipscomb, Alabama (McAdory HS), native is averaging 3.2 made threes a game, the 19th-most nationally, and ranks 29th in the land in made field goals (136), 30th in three-point field goal percentage (43.2) and 18th in three-point attempts (146). Averaging a team-high 19 points per game, Whitfield led the 13-team SAC in shooting during the regular season and is 56 percent from the field on 243 attempts. He is tied for third on the team in rebounding (4.9 RPG) and is averaging 2.0 assists per contest.

Scoring in double figures in all but three games he has competed in after missing the season opener and playing a limited role in the second game of the year at Coker University (Nov. 24), Whitfield put together an astonishing run of 10-straight 20-point showings from Dec. 13 to Jan. 23. With a pair of 30-point outings under his belt this season, Whitfield became LMU’s 32nd 1,000-point scorer with a driving layup early in the second half of the Railsplitters’ Division II Southeast Regional Championship semifinal victory over Tusculum (March 14). Reaching the coveted scoring mark in only 52 games donning the Blue and Gray, the wing has scored 1,921 career points after arriving in Harrogate with 907 points scored at fellow Division II Trevecca Nazarene University in Nashville.